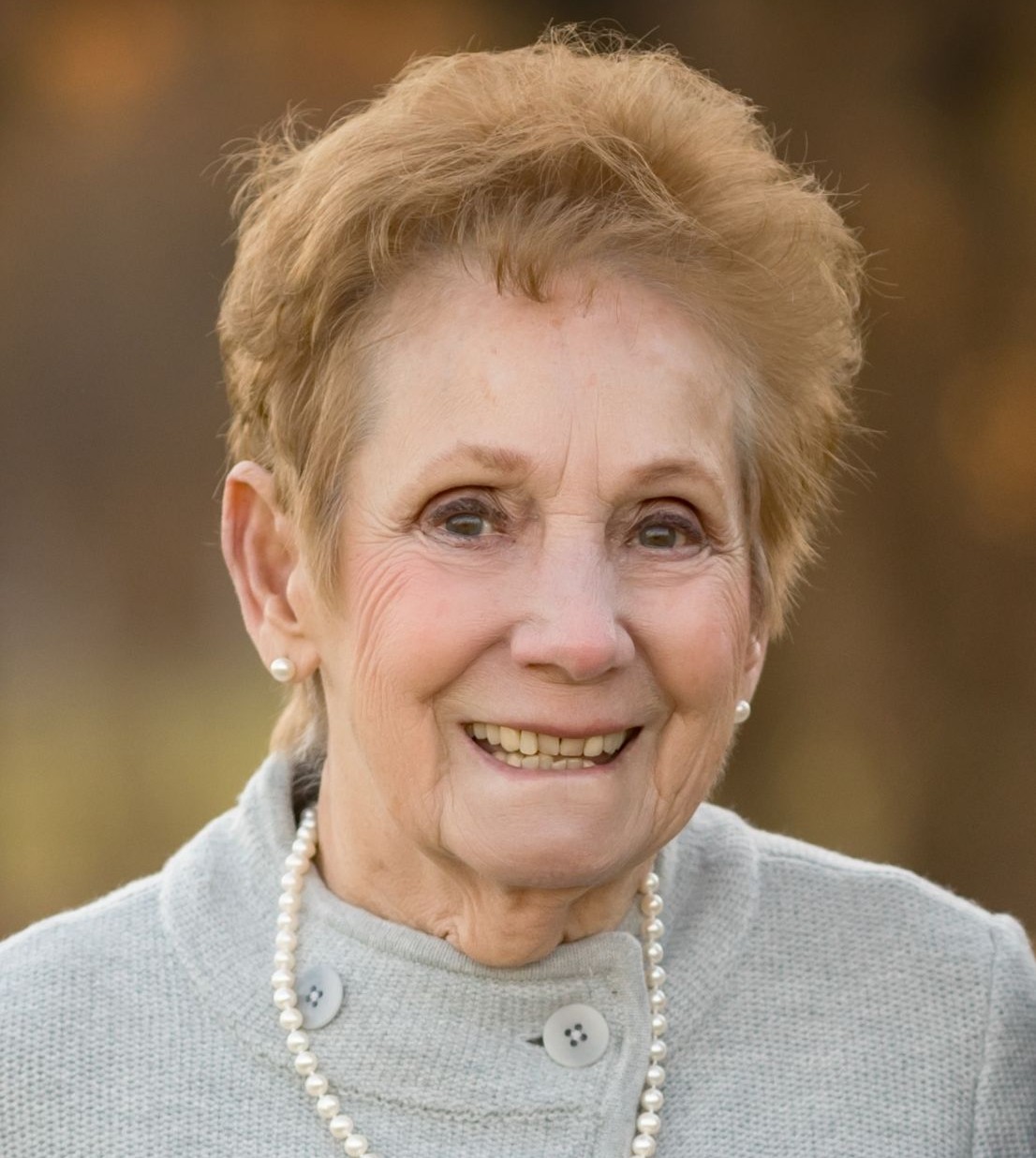 Doris was born on November 4, 1929, in Sanford, ME. The youngest of five siblings, Doris was an inexhaustible force to be reckoned with. She walked into her first day of school with her brother, Rudy, at her side. At the time, Doris only spoke French, but she never let that—or anything else—slow her down.

After high school, Doris began working as a secretary, got married, and had her first daughter, Kathleen. Doris raised Kathleen alone until meeting Ernest (Ernie) Hughes, her beloved husband of 48 years, at a dance. Together they had JoAnn, eventually moving to Ridgefield, CT to support Doris’ career as an executive secretary. Doris worked at General Electric for 40 years where she did the work of an army of people while never missing the chance to play a practical joke.

Though Doris was fiercely dedicated to her work, nothing made her happier than to host gatherings and feed absolutely everyone she could. Doris always had a freezer filled with Dove bars, a tin of homemade fudge, and a box of dog treats at home to make sure no one left hungry (though everyone knew better than to sneak one of her chocolate turtles). Doris never missed a chance to cheer her grandchildren on at sporting events, or take them to tea while in town on business.

Doris loved to shop but would get so excited about gifts she’d find that she had to distribute them as soon as she got home. Ernie claimed she single-handedly kept Macy’s in the black for too many years to count. Doris would buy any beauty product that promised to remove wrinkles, but inevitably would go back to using her trusty Vaseline each night. Something must have worked because she happily celebrated her 29th birthday every year. Doris was the life of every gathering– the first one on the dance floor and the last one off it. You could find Doris at the center of any adventure, storytelling, or laughter.

After retiring, Doris and Ernest split their time between Florida and Maine. They spent their time travelling, reconnecting with old friends, and making new ones.  Doris never passed up an opportunity to try something new and learned (with varying degrees of success) how to quilt, create fruit arrangements, and play bingo. After Ernest passed away, Doris spent time with her walking group, going to movies, having burgers at sunset on the beach, and spending her summers kayaking in Maine.

For the past 6 years, Doris has lived at Woodland Terrace in Cary, NC where nothing made her happier than being able to dance and listen to her favorite music.

Doris was preceded in death by her husband, Ernest and daughter, JoAnn Brennan and her son-in-law Richard Raffio. She is survived by her daughter Kathleen Raffio, her son-in-law Thomas Brennan, and her grandchildren Desiree Meeks, Anthony Raffio (Julie), Anna Brennan-Curry (Robert), Doretta Sullivan (Shannon), and Brigette Chaput (Mark), along with ten great-grandchildren. She also leaves behind many beloved nieces, nephews, and friends.

In lieu of flowers, Doris’s family asks that you make a donation to the Stevens Center (Stevens-center.org) in Sanford, NC or the Alzheimer’s Association (alz.org), in her memory.

To order memorial trees or send flowers to the family in memory of Viola Doris Hughes, please visit our flower store.