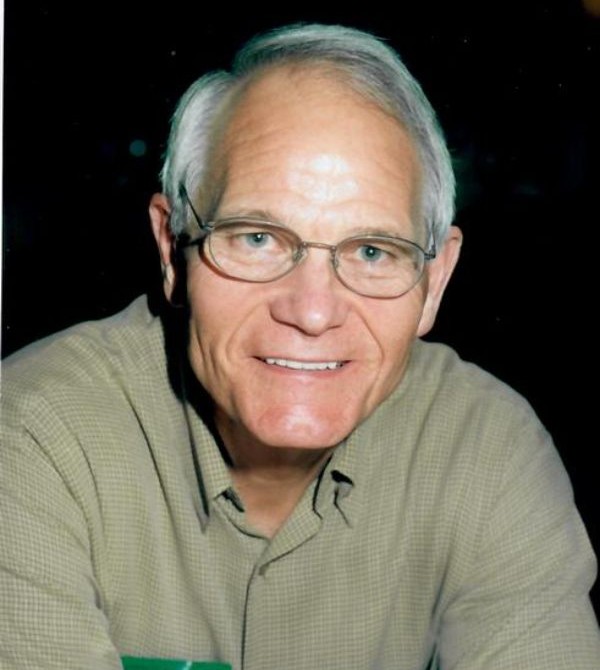 A Memorial service will be held at 2:00 pm Saturday April 2nd at Jonesboro Heights Baptist Church.

He was born September 6, 1942 in Hampton, Virginia to the late Betty Fowler Ward Wornom and Samuel Joseph Wornom Jr.

He is also survived by a brother, Bill Wornom (Rebecca), a brother-in- law, Steve Leonard (Pam), as well as numerous nieces and nephews. Sam loved his family dearly and always wanted the best for them.

Sam graduated from Hampton High School in 1959 before attending East Carolina College/University where he graduated in 1965 with a BA in Business Administration.  He married his college sweetheart, Sandra. They lived in Tarboro for a short while before moving to Sanford in 1966.

In 1967 Sam co-founded The Pantry, a convenience store chain that started in Sanford and eventually spread to 480 stores in five states before they sold in 1987. While still at The Pantry, Sam also served as president and CEO of Macks Stores a variety and discount store chain from 1976 – 1980 until the company sold in 1980.  In 1996 he was an original co-founder of Imperial Freezer Services which sold in 2011.  Sam’s love of convenience stores lead him to reenter the business in 1998 with some long time partners creating Fuelmate which sold in 2006.  Sam was also one of the original investors of Spring Lane Cinemas in 2004 which  sold in 2006.  He was also involved in Cargo Control USA from 2009 to Present.

In addition to his many business ventures, Sam was an avid volunteer and served on many non profit boards.  Sam was a founding member of the Boys and Girls club of Sanford Lee County where he served a term as President and served on the board for many years through the present. He was a National Trustee for Boys & Girls Clubs from 2000 – 2009 and during his tenure he served as the Vice Chairman for the Southeast Youth of the Year Celebration, served as a member of the Program and Awards Committee for Boys & Girls Clubs of America and led the NC Area Council and Alliance Board. He received the Medallion Award from Boys and Girls Clubs of America for “devoted service that contributed greatly to helping youth to achieve a fuller and richer life through the positive guidance and influence of the Boys and Girls Club”

Sam was an active member in Jonesboro Heights Baptist Church.  He served as a deacon, finance committee chair, and as a member of the personnel committee. He loved his church and church family and was always willing to serve.  He enjoyed teaching the Roy Sowers Sunday School Class.

Sam also loved his alma mater, East Carolina University, whose motto is Servire – “To Serve.”  Sam took the motto to heart. He was a major part of the university and athletics department, serving on the ECU Board of Trustees and the Pirate Club Executive Committee.

According to ECU, he loved East Carolina University and was often accused of “bleeding purple.” Sam was a longtime friend of the Pirate Club and ECU Athletics for more than 40 years and one of the most prominent donors. Sam participated financially in all campaigns to benefit ECU Athletics and provided guidance and counsel for numerous administrators over the years. The ticket office is proudly named the Sam and Sandy Wornom ECU Athletics Ticket Office. It’s a fitting name due to Sam’s passion for attending Pirate athletic events, holding season tickets for every sport. If he couldn’t attend, he always called the Pirate Club and ensured individuals that were passionate about the purple and gold were sitting in his seats.

He was a successful businessman who was respected by all who worked with him.  He always listened to others and considered their opinions when making decisions. Even if he had a strong opinion on an issue, if you presented a good argument he was not above changing his mind and saying, “I think you are right.”

He strived to be fair in every aspect of his life.  He loved people and always lent a helping hand.

Although never a rotary member, he was honored by the local Rotary for his community contributions.  The award presented by the Rotary sums up Sam:

The 4-Way Test of things we say or do

2. Is it FAIR to all concerned?

3. Will it build GOODWILL and BETTER FRIENDSHIPS?

4. Will it be BENEFICIAL to all concerned?

Memorial contributions can be made to

Or the charity of ones choice.

To order memorial trees or send flowers to the family in memory of Samuel Joseph Wornom III, please visit our flower store.