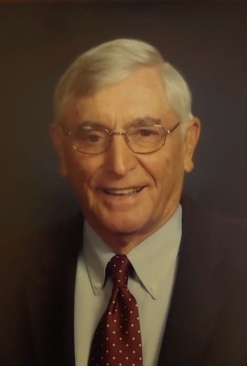 Philip Celey Maddox, 83 of Sanford passed away Friday December 28, 2018. Memorial services will be held at 2:00pm Saturday at First Baptist Church. The family will greet friends following the service.

Phil grew up in the Tramway community of Lee County and was a proud graduate of Greenwood High School, class of 1954.  He began his career in government services immediately following graduation, working with the Bureau of Public Roads in Raleigh, North Carolina.  As his career advanced, he moved to Atlanta, Georgia, where he worked with the U.S. Department of Health, Education and Welfare, and completed his Business Administration degree from Georgia State College.  As opportunities opened, Phil worked as a regional branch manager and auditor for the Department of Health and Human Services in Columbia, South Carolina, and made a final move to North Carolina, residing in Sanford and working out of the Raleigh office. After an early retirement at age 49, Phil began a second career as an instructor in the Business Department at Central Carolina Community College.  He loved the time that he spent in the classroom and said that his years at the college were the most rewarding.

Phil was a member of First Baptist Church in Sanford and attended the Baraca-Brotherhood Sunday School Class.  He served as a greeter in the Family Life Center and was always willing to help where there was a need.  He looked forward to the Christmas season and would help the Salvation Army with red kettle distributions, and bell ringing.  He was also a member of the Lemon Springs Ruritan Club.

Phil loved being with people and said that a stranger was a friend you just hadn’t met yet.  He enjoyed a good book but would gladly set it aside to visit with family and friends.  He loved to walk and would take his children and grandchildren on adventures in the woods, or on long walks down the beach.  For him, family was the most important thing, and time was a treasure to spend with the ones that he loved.

Memorial contributions can be made to the charity of one’s choice.

To order memorial trees or send flowers to the family in memory of Philip Celey Maddox, please visit our flower store.