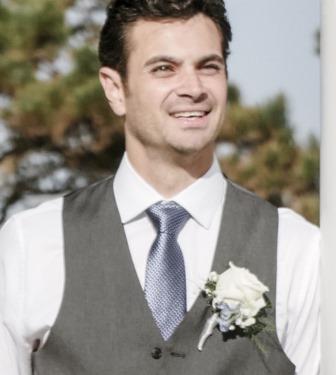 He fiercely loved so many: His wife Colleen and her children, his grandparents, Lacy and Phyllis Stevens and Joseph and Marie D’Ascoli and his parents, Tino and Peggy D’Ascoli. His parents and grandparent’s gifts and talents were so evident in him, as was their love of, and commitment to, family. He had the gift of storytelling, humor and grit of his father, Tino, and the kindness and compassion of his mother, Peggy. He had two brothers, Robert and Steven D’Ascoli, that he greatly loved, respected (and according to stories), attempted to dominate growing up. His sisters-in-law, aunts, uncles, nieces, nephews, cousins and their children meant everything to him, and his Godson held a special place in his heart.

He excelled in working on projects with his hands in harsh conditions, usually with a nosey chicken breathing down his neck. He was--for a minute--stubborn, impatient and the youngest codger I have ever met. And then at once contrite and laughing, singing and whistling again.

He never achieved the redneck persona he sought--probably due to his Westchester County, NY upbringing—although we applaud his efforts with the camo hats, guns and misc. flannel. It is hard to pull off redneck with perfect manners, diction and a good set of teeth, Joey.

“Every good and perfect gift is from above.”

A Memorial Service will be held at New Hope Baptist Church in Sanford, NC, at 4 PM on Saturday, May 27, 2017

To order memorial trees or send flowers to the family in memory of Joseph Steven D' Ascoli, please visit our flower store.