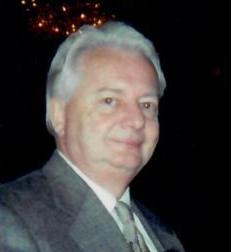 Joe Bauerband of Sanford, NC passed away while surrounded by family on June 14, 2019.

He grew up in Durham, NC and graduated from Durham High School. He attended East Carolina University where he earned a BS degree in Business. He spent the majority of his career in the wholesale gift accessories industry. He began as a manufacturer’s representative and went on to open and operate showrooms in the Charlotte, NC and Atlanta, GA Gift Marts. Later in his career he started an import company offering licensed merchandise.

Joe was a dedicated member of the Sanford Elks Lodge. He enjoyed traveling and spending time at his antique store in Cameron, NC but, above all, his greatest passion was music, especially 1960s and 70s R&B. He was an accomplished guitarist and led his own band during his early college years.

The family would like to extend a very special thank you to the many Elk members that assisted Joe during his illness.

Joe had a love and compassion for animals. In lieu of flowers, memorial contributions may be made to Carolina Animal Rescue & Adoption, PO Box 2642
Sanford, NC 27331-2642.

To order memorial trees or send flowers to the family in memory of Joseph Louis Bauerband III, please visit our flower store.