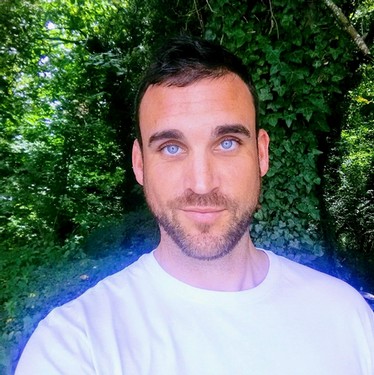 Joel Thurman Hayes Jr was born April 16th, 1984 and passed away in Durham, North Carolina at the age of 36 in May of 2020. A private memorial service will be held at a later date.

He is survived by his father Joey Hayes of Sanford, his mother and step-dad, Karol & Rick Walker of Cary, along with his siblings; Rachael Hayes of Fuquay-Varina, Meghan Beal of Wilmington, Cameron Hayes of Garner and Cooper Broome of Moncure, along with their spouses (Kevin, Adam, Elaine, and Wayne). He has 3 nephews (Jackson, Dawson, and Henry) and also 4 nieces (Reagan, Sophie, Landry, and Journey). Joel is also survived by several aunts and uncles along with 16 cousins.

Joel was raised in Sanford and everyone who knew him, always recognized him because of his electric blue eyes. Though Joel struggled for the majority of his life with addiction, people knew that he was a gentle and kind person. While in school, Joel was the type of student everyone despised. He could sleep in class or not even go and still make grades to get him into a great college. Johnson & Wales was known for its culinary arts program and Joel was accepted into the program where he attended for a year. Joel loved the beach, he loved to be tan and when he was doing well, he obsessed about clean tennis shoes & making sure he had super white teeth. Joel was also a part of the Port City Community church family while in Wilmington and through it all, he kept his faith in God who he knew could restore, heal and help him through it all.

To order memorial trees or send flowers to the family in memory of Joel Thurman Hayes Jr, please visit our flower store.