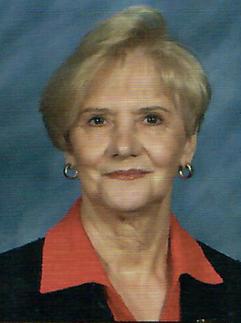 Gladys Godwin Thomas went to be with the Lord Friday, October 19, 2018 surrounded by her family and friends. Graveside services will be held at 2:00pm Wednesday at Buffalo Cemetery.

She worked many years at Sanford Building and Loan, later known as Summit Savings Bank. When Summit Savings was acquired by First Citizens, she went with the move to First Citizens Bank as vice president and retail branch manager. She retired from First Citizens in 1998 to stay home and she and her husband did a lot of traveling.After a few years she realized how much she missed working with people and went to work with Century 21 Real Estate where she worked as real estate broker for three and half years and retired again in 2006.

She was an active member of First Baptist Church and served in several different capacities through the years.

She is survived by her loving daughter Sharon T. Smith and son-in-law Jerry T. Smith Jr. who reside in Raleigh; sister Lucy G. Maddox and several wonderful nieces and nephews and their families.

To order memorial trees or send flowers to the family in memory of Gladys Thomas, please visit our flower store.