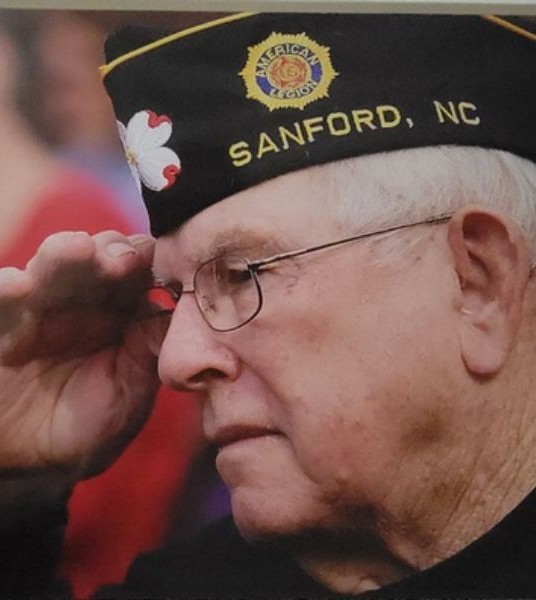 Ernest Earl Ballinger Jr, 98 of Sanford passed away Saturday August 13, 2022, with his children by his side. Graveside services will be held at 1:00 pm Thursday at New Garden Friends Cemetery in Greensboro.

Mr. Ballinger was a member of St Luke United Methodist Church since 1960 serving in many capacities including Usher, Board of Trustees, Methodist Men and Missions Committee. He was a Veteran of the US Army Air Corps serving during WWII. On Oct 11, 2019, he was awarded the French Legion of Honor by the French Consul General. He was a radio operator on C-47s with a Pathfinders Group. On D-Day, he was in the first wave, dropping paratroopers onto French soil. He participated in airdrops in the Netherlands, Battle of the Bulge and across the Rhine dropping troops and supplies and bringing the wounded back to safety. Mr. Ballinger also served with the 439th Troop Carrier Group.  He was a life member of the American Legion and the VFW, a member of the Sanford Lions Club and was the first Fire Chief in Goldston.

The family would like to thank Amedisys Hospice of Garner for their caring assistance.

Memorial contributions can be made to the Mary Tulloch Fund at St Luke United Methodist Church, 2916 Wicker St, Sanford, NC 27330 or to The Breadbasket, PO Box 912, Sanford, NC.

To order memorial trees or send flowers to the family in memory of Ernest "Earl" Ballinger Jr., please visit our flower store.